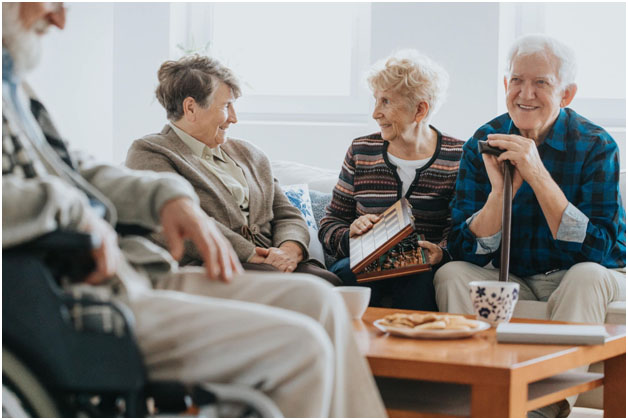 Parkinson’s is not just a tremor disease or a slowing down of movement. Understanding the many symptoms that your loved one may present can help you understand the care they need in the early stages—and even your own level of risk for developing this condition.

Tremors start in the arms and hands and are described as spasms, jerks and tics. These movements occur when the affected body part is at rest and usually disappear when there is movement.

Bradykinesia or slowness of movement can affect the arms, legs and body. It generally reduces the ability to swing the arms while walking. Rigidity is stiffness in limbs and causes pain in the torso, arms and legs. Patients also begin hunching over more often and stooping, which causes cramping and aching.

Patients may have difficulty sleeping, falling asleep and staying asleep. These sleep problems cause feelings of fatigue. REM Sleep Behavior Disorder includes behaviors such as yelling, punching or kicking during sleep.

Up to 85 percent of patients experience pain, and for some, it is the first symptom they feel at the onset of the disease. The types of pain experienced are called nerve or neuropathic pain, musculoskeletal pain, pain due to dystonia (uncontrollable muscle contractions), akathisia (restlessness, muscle quivering), visceral gastrointestinal discomfort and primary parkinsonian pain.

Constipation and other gastrointestinal abnormalities can include belching, bloating, gas pain, dyspnea, heartburn and chest pains. These are caused by the slow movement of food through the gastrointestinal system.

Other symptoms of Parkinson’s disease include decreased facial expression, loss of smell, changes in voice and handwriting changes. The patient may also experience dizziness, fainting and apathy.

Parkinson’s disease affects individuals differently. The patient may need more than one specialist to address their condition; their team may include their primary care doctor, pain specialist, orthopedic surgeon, neurosurgeon and therapists.

Early intervention to address dropping dopamine levels caused by nerve cell damage in the brain is critical. Some medications can be used to maintain and elevate the body’s dopamine levels, but there are also other ways to ease the pain of the symptoms.

Studies have shown that maintaining physical activities such as sports can slow the progression of the disease. Exercise can also improve sleep problems and cognitive function.

Other treatments to manage pain can include acetaminophen or NSAIDs. A physical or occupational therapist, rheumatologist or orthopedist can help with a patient’s dyskinesias.

We’re not certain why certain people get Parkinson’s disease and others don’t. What we do know is that, statistically, more men have the disease than women, possibly because of differences in brain structure and its ability to produce dopamine. Age is another factor; the elderly are more prone. It could also be hereditary, but studies have shown that not everybody with the gene mutation will eventually develop the disease.

If you want to learn more about our approach to Parkinson’s care, contact Aravilla Clearwater Memory Care.